Turning Lemons into Lemonade for Meals on Wheels San Francisco

We love hearing stories about the good deeds of others – particularly when they benefit our older adults who rely on our meals and services to thrive. 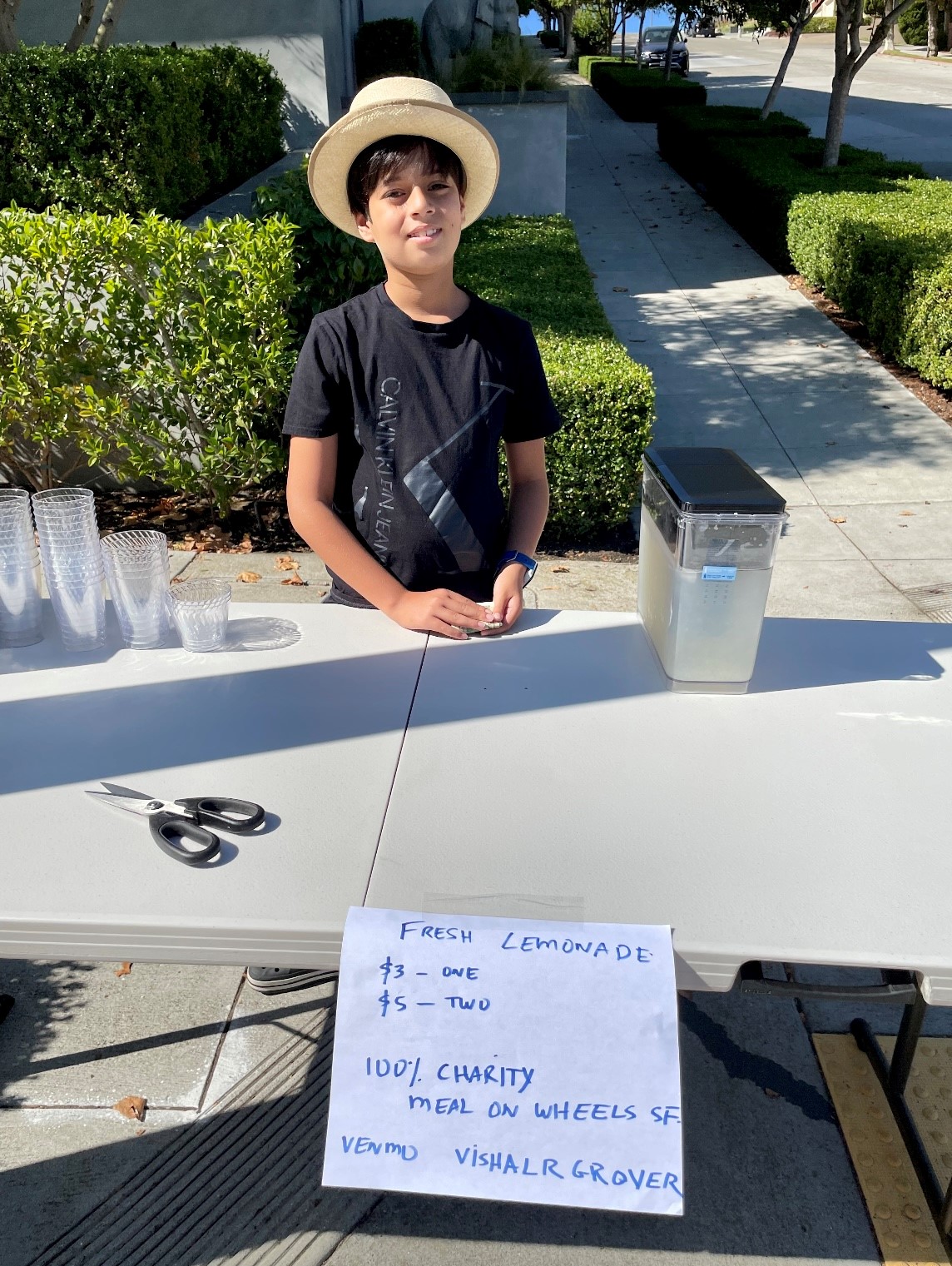 Recently, 9-year-old Yash Grover of San Francisco wanted to follow in his brother’s philanthropic footsteps by creating a lemonade stand fundraiser donating the proceeds of whatever he made to our Meals on Wheels program.

The idea was influenced by his older brother Shaan who, in 2017, started his own lemonade stand with the goal of raising money for people impacted by Hurricane Harvey.  At the time, Yash was only 5 years old, but the experience of helping his brother with the stand and knowing they were helping people in need, left a lasting impression.

“Whatever he would raise, we would match it.” Says Vishal Grover, Yash’s dad.

So, for two days in October of this year, during our warm Indian Summer, Yash set up shop right on the sidewalk in front of his family home. He estimates that approximately 50 people stopped by – mostly neighbors, family, and friends, to purchase glasses of freshly made lemonade at $3 a pop, which by San Francisco standards, is a bargain in the City! I asked him why he chose our organization as the beneficiary of his hard work.

“Because I go there a lot. I think it’s really great.” Says Yash.

He was a bit shy and modest to talk about his good deeds, but as his father told me, his family volunteered to help bag and deliver groceries to homebound seniors for our Home-Delivered Groceries program. The family has also been generous supporters of our program for several years and were avid attendees of our annual Star Chefs & Vintners Gala.

In all, Yash raised $150 from lemonade sales with a little help from his brother and dad who pitched in to help him make the lemonade. The family matched that and then some for a total of $400 donated. That donation will help provide 80 hearty meals for homebound seniors in need!

We are grateful to Yash and the Grover family for their continued generosity and for young Yash’s entrepreneurial and philanthropic spirit!

Help us counter rising food and fuel costs for the Meals AND the Wheels.

Find out how Meals on Wheels offers more than a meal.

WE DELIVER MORE THAN 2 MILLION MEALS A YEAR

is a leading partner and primary funder of nutrition and supportive services for homebound seniors and adults with disabilities.

© 2022 Meals on Wheels of San Francisco. All Rights Reserved.